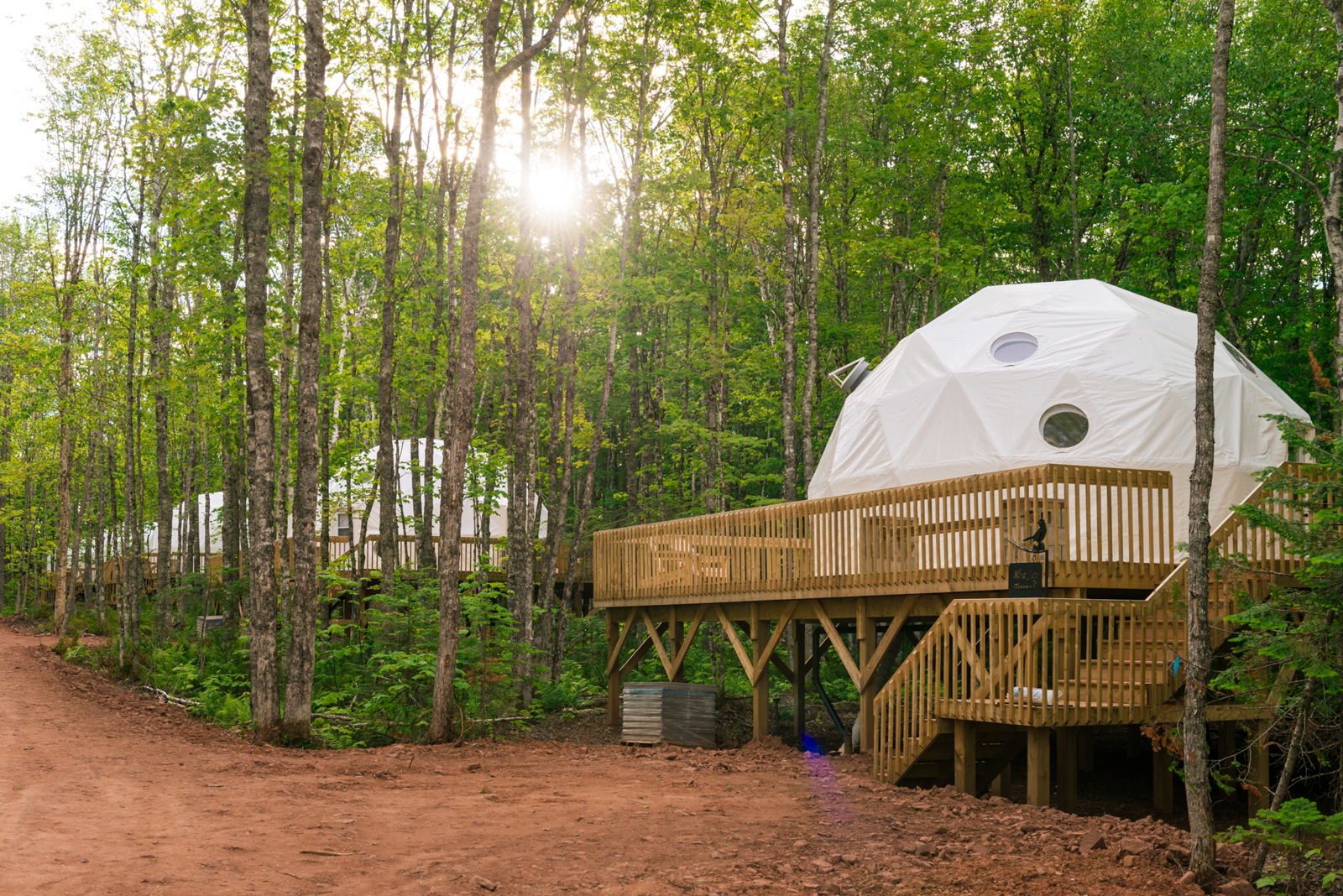 The Blue Jay is Prince Edward Island’s provincial bird. These birds are very interesting and have been described as being pushy, hoarders, and very smart. They live in the woods and live in Prince Edward Island year round. But like us, they take a trip, usually in the spring or fall, where they head to New England. The Blue Jay TreePOD is open year round. It is a 425 square foot TreePOD (geodesic dome) that perches 9 feet up in the trees sitting on a large deck that surrounds the entire dome. This TreePOD is beautifully decorated with accents and special touches that are inspired by the Blue Jay.

The Blue Jay TreePOD has a fully equipped kitchen that includes a fridge, a free standing stove, and of course a coffee maker. It also contains all of the dishes, cutlery, glasses, pots, and pans that you will need. The Blue Jay has a beautiful 4 piece bathroom complete with a tub/shower, a relaxing one bedroom with a queen size bed, and a small living space containing a small sectional couch that turns into a double bed. There is a large bay window that wraps around the kitchen and living room to allow the enchanting woods to feel as though it is in the TreePOD with you, without having to leave the comfort of the couch.

Although the Blue Jay TreePOD is only 425 square feet on the inside, it has a large wrap around deck which enlarges the living space, while bringing the outdoors in. The outside area features your own private hot tub. Imagine relaxing in the tub after a wonderful day of hiking and exploring beautiful PEI. The large outside area also has a barbecue and seating area, great for eating outside, while embracing nature. Blue Jays can imitate other bird’s calls. They do this to distract other birds, and even cats. They will imitate a larger bird, such as an osprey or hawk to scare the other birds away. Maybe you will get the opportunity to hear the Blue Jays doing this while relaxing on the deck or in the hot tub.

Blue Jays mate with the same partner for several years. They build nests out of sticks and are usually 1 to 3 meters high in spruce trees. They use spruce trees to conceal their nests easily. Their eggs are a bluish or brown color with brown spots. Blue Jays lay 3 to 5 eggs each year. Be on the lookout for some Blue Jays and spruce trees, while walking on Craig’s Way Trail.

The Blue Jay TreePOD is open year round. Pets and smoking are not allowed. 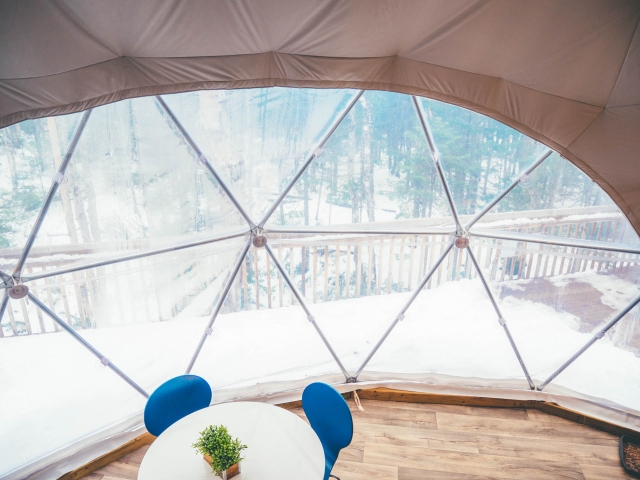 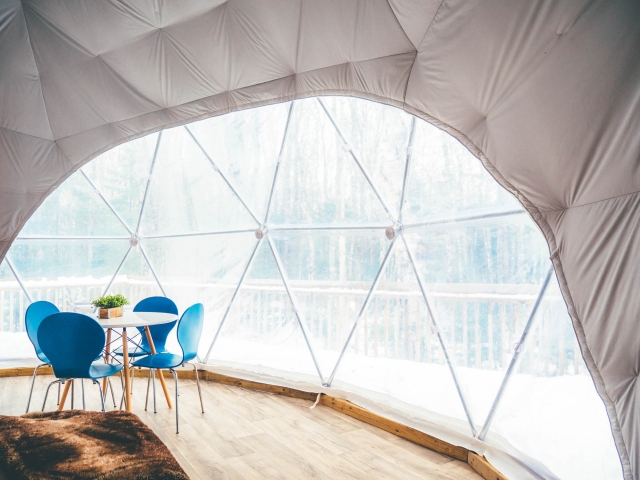 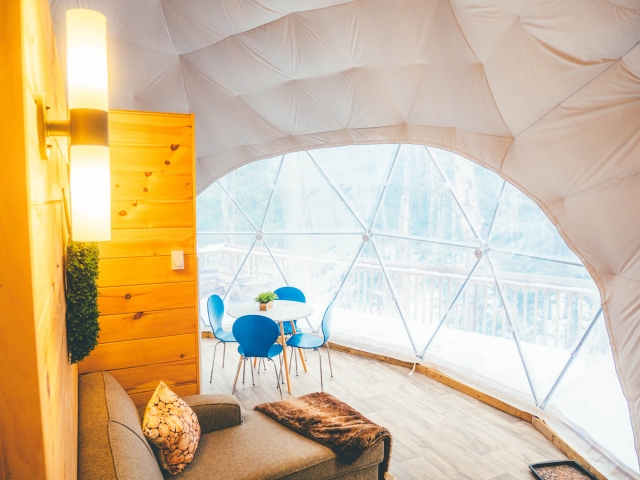 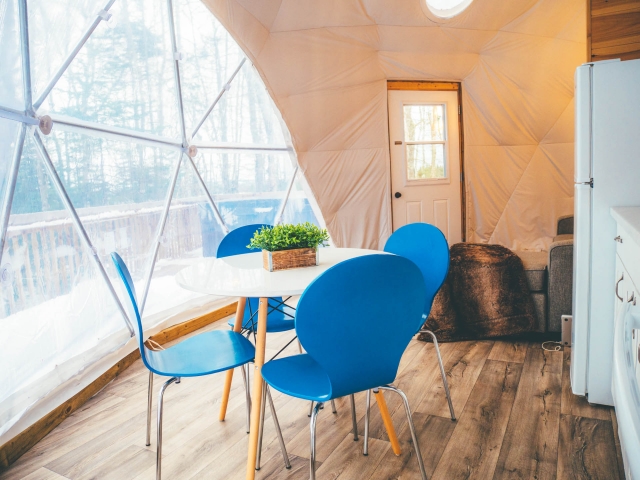 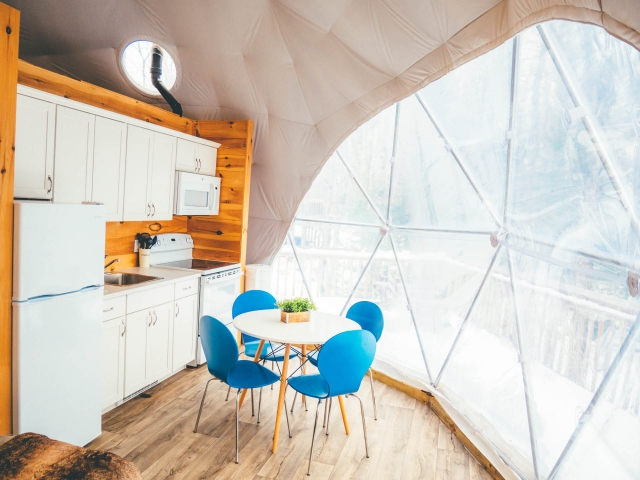 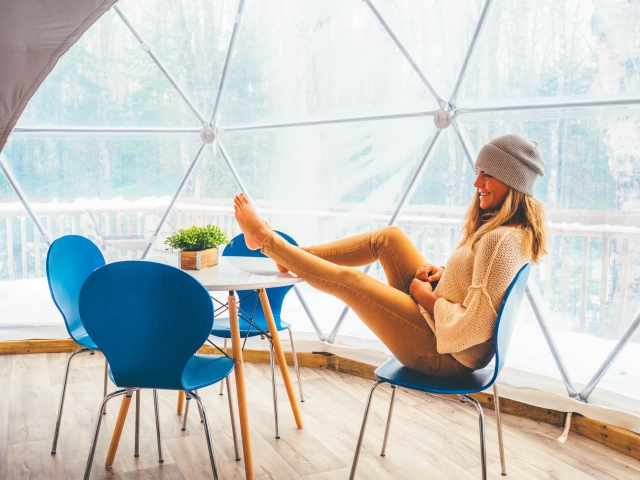 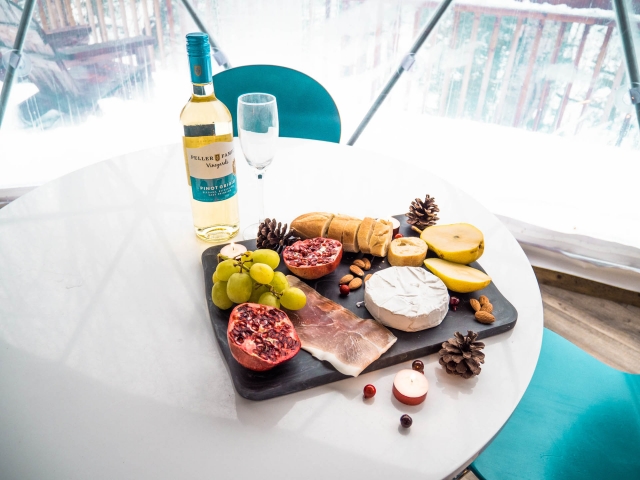